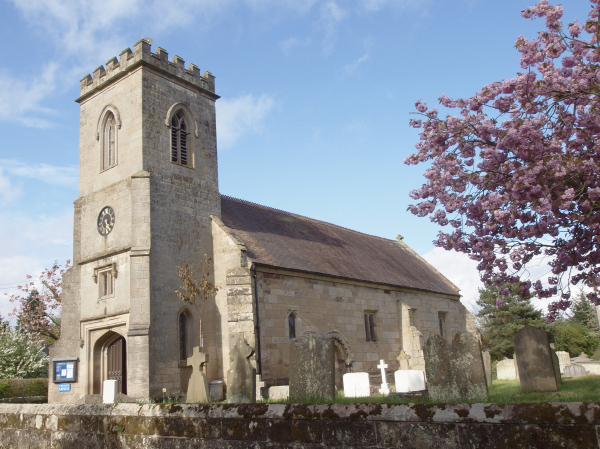 Church services will be reinstated when circumstances permit.  We regret that the church remains closed until further notice while the current pandemic prevails.

Our guest article for this major feast in the church’s year comes from Rev Mike Cotterell, a retired priest who has recently moved to Wem and has already helped lead several services in our churches during the last year and helped with our inaugural Messy Church at Clive:

Lots of small children pretend at some point to have an invisible friend. I think I did; and I imagined I had radio link to my mum at home while I was at school. Later, as a teenage Christian, I discovered the Holy Spirit as a real friend and link with God. This was particularly real at times when I was scared, lonely or being bullied for being a Christian. In those days I could not have explained much about my faith beyond the basics, but there was a reality there that has stayed with me and grown over the years. As a retired vicar, I can tell of many times when I have known the Holy Spirit’s help and inspiration at challenging times and in normal times. I have seen Him at work in the lives of many other people as well. When I or others have prayed in ‘Jesus Name’ or when we have deliberately invited the Holy Spirit to come to us. People have come to faith, others have been healed emotionally or physically while others have found the strength, beyond their own, to go on in faith albeit sometimes without getting their prayers answered in the way they had hoped for.

The Holy Spirit can seem the least understood and most incomprehensible member of the Trinity, the name tagged on at the end of a prayer or a hymn. A vague fuzzy motion Jesus talked about and a weird story of a strange power the early Church had before things became ‘normal’. Today if we hear or read of people experiencing the Holy Spirit, it can all seem very subjective and we might be left thinking – ‘well that’s great for you, that’s not my experience’. And we might add, ‘and I’m not sure I would want it either!’. Well I am sure that people do experience His presence in real ways today, although not necessarily all in the same way. Unhelpfully sometimes, we can just be to self-analytical, cynical or cautious about what others say or have experienced about some things related to the Holy Spirit.

I think it helpful to remember some of the simple things Jesus likened the Holy Spirit too, and as I do, and perhaps you do as well, we can allow Him and invite Him to be more and more real to us. Jesus said, He was a Comforter and Counsellor and The Spirit of Truth (John 14v 16-18). A stream of living water within (John 7 v 37-39). In John 16 Jesus tells us that the Holy Spirit will be The Spirit of Truth that will lead us into personal awareness of our place before God and will lead us from guilt and a place of inadequacy to knowing God as Father.  Holy Spirit come and make me more aware of what Jesus has done for me and how much the Father loves me. Amen.

Mike has kindly agreed to lead an Alpha Course for our team later in the year and we look forward to sharing more with him and learning from his wide experiences in rural and urban parish ministry.

Readings for Pentecost Sunday      Acts 2: 1-21       When the day of Pentecost came, they were all together in one place.  Suddenly a sound like the blowing of a violent wind came from heaven and filled the whole house where they were sitting. They saw what seemed to be tongues of fire that separated and came to rest on each of them. All of them were filled with the Holy Spirit and began to speak in other tongues[a] as the Spirit enabled them.

Now there were staying in Jerusalem God-fearing Jews from every nation under heaven. When they heard this sound, a crowd came together in bewilderment, because each one heard their own language being spoken. Utterly amazed, they asked: “Aren’t all these who are speaking Galileans? Then how is it that each of us hears them in our native language? Parthians, Medes and Elamites; residents of Mesopotamia, Judea and Cappadocia, Pontus and Asia,  Phrygia and Pamphylia, Egypt and the parts of Libya near Cyrene; visitors from Rome  (both Jews and converts to Judaism); Cretans and Arabs—we hear them declaring the wonders of God in our own tongues!”  Amazed and perplexed, they asked one another, “What does this mean?”  Some, however, made fun of them and said, “They have had too much wine.

Then Peter stood up with the Eleven, raised his voice and addressed the crowd: “Fellow Jews and all of you who live in Jerusalem, let me explain this to you; listen carefully to what I say.  These people are not drunk, as you suppose. It’s only nine in the morning!  No, this is what was spoken by the prophet Joel:

“‘In the last days, God says, I will pour out my Spirit on all people. Your sons and daughters will prophesy,  your young men will see visions, your old men will dream dreams. Even on my servants, both men and women,    I will pour out my Spirit in those days, and they will prophesy. I will show wonders in the heavens above    and signs on the earth below,  blood and fire and billows of smoke. The sun will be turned to darkness and the moon to blood    before the coming of the great and glorious day of the Lord. And everyone who calls    on the name of the Lord will be saved.’

John 20: 19-23    On the evening of that first day of the week, when the disciples were together, with the doors locked for fear of the Jewish leaders, Jesus came and stood among them and said, "Peace be with you!" After he said this, he showed them his hands and side. The disciples were overjoyed when they saw the LORD. Again Jesus said, "Peace be with you! As the Father has sent me, I am sending you." And with that he breathed on them and said, "Receive the Holy Spirit. If you forgive one's sins, their sins are forgiven; if you do not forgive, they are not forgiven."